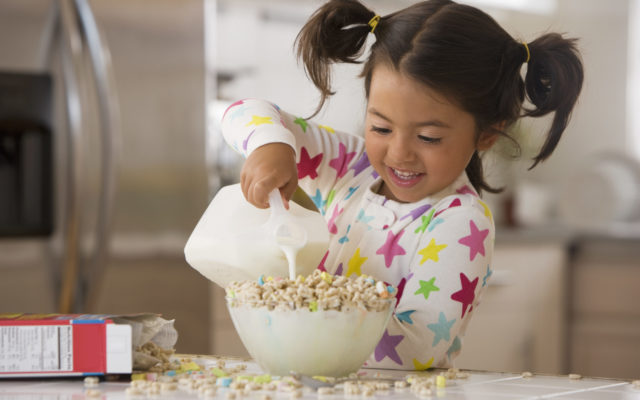 This might the greatest news you hear all day.Coming to a store shelf near you — pouches of just the Lucky Charm marshmallows!
For a limited time starting in September, General Mills (who makes Lucky Charms) will be selling small packs of the marshmallows.
They’ll be labeled “Just Magical Marshmallows” and will be sold in six-ounce packages for $3.99, featuring the 8 flavors typically included in the cereal boxes.This is the first time the Lucky Charms marshmallow pouches have ever been available nationwide.
And you might want to stock up right away because General Mills hasn’t announced how long the marshmallow-only packs will be stickin’ around.