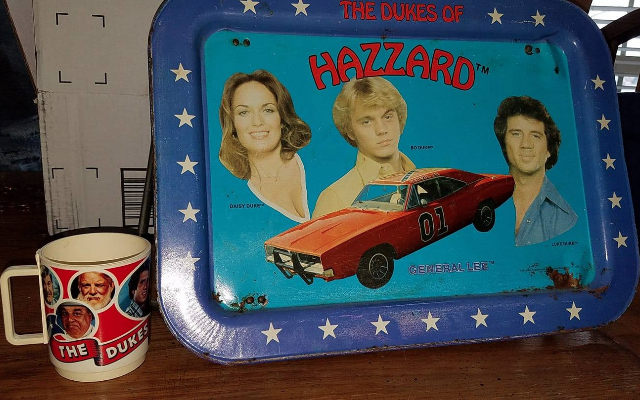 With the confederate flag back in the spotlight, people are taking another look at the General Lee from “The Dukes of Hazzard” TV Show & Movies. You know, the iconic orange car with the giant rebel flag on the roof. So the question being asked is – should it be banned?

The original Bo and Luke Duke don’t think so.

JOHN SCHNEIDER says, quote, “I have never had an African American come up to me and have any problem with it whatsoever. The whole politically correct generation has gotten way out of hand.”

TOM WOPAT is a little more diplomatic. Quote, “The situation in the country has obviously changed in the last 40 years. I feel fortunate to be living in a time when we can address some of the injustices of the past. But the car is innocent.”

Of course, we do have the technology to digitally remove the flag from the roof of the General Lee, but how would people react to that? Probably not very well.

BEN JONES (a.k.a. Cooter the mechanic) says, quote, “That would be like taking the ‘S’ off of Superman’s chest.”