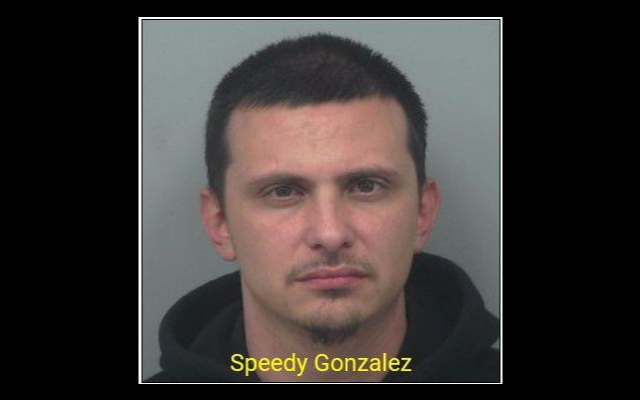 Seriously…the ONLY way this story gets topped is if some guy named Pepé Le Pew is busted for unwanted touching in the coming days!

A 35-year-old guy in Georgia named SPEEDY GONZALEZ just got arrested after several months on the run. And yes, that’s his legal name!

Cops had been looking for him since late January after he stole more than $3,000 worth of checks from a guy’s mailbox.

They’d been tracking him since March, and finally arrested him on Saturday after a cop pulled him over in his car. It’s not clear if he tried to outrun them or not.

He’s facing charges for forgery, identity fraud, and theft by deception.  He also had outstanding warrants in Georgia and Alabama.