Wolfgang: No Way Is Van Halen Replacing My Dad 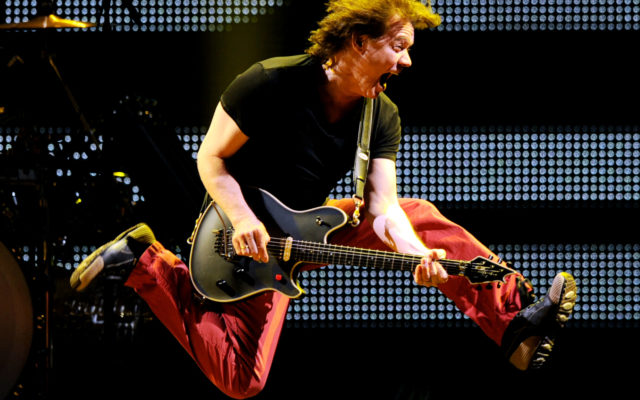 INGLEWOOD, CA - FEBRUARY 08: Musician Eddie Van Halen of Van Halen performs at their dress rehearsal for family and friends at the Forum on February 8, 2012 in Inglewood, California. (Photo by Kevin Winter/Getty Images)

Wolfgang Van Halen is shutting down rumors that the band has any intention of replacing his late father – not even with himself.
Recently, word had been circulating the internet that Van Halen would continue on with a lineup that included Sammy Hagar, Michael Anthony, Alex Van Halen, and Wolfgang himself moving from bass to lead guitar.
On Sunday, Wolfgang tweeted “This is just a s****y lie attempting to capitalize on these awful times”, adding that the rumor is “not only hurting the fans, but hurting me and my family”.

This is just a shitty lie attempting to capitalize on these awful times. Please stop with this.

Anyone peddling this shit is not only hurting the fans, but hurting me and my family. https://t.co/YqJKBaqpjy