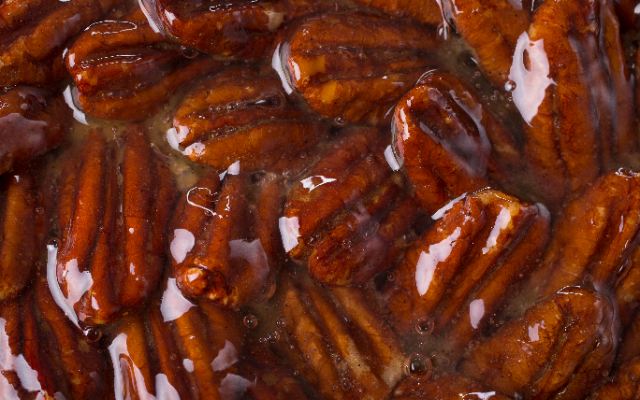 Today (10/14/22) is National Dessert Day! The insurance company Coventry Direct recently set out to determine the most popular DESSERT in every state, and they did it by analyzing Google search data.

In the end, ice cream was #1 in FIVE states, which was more than any other dessert. Those five are: California, Illinois, Massachusetts, Pennsylvania, and Washington, D.C. (which isn’t *technically* a state).

Jell-O, of all things, was #1 in four states: Idaho, Minnesota, New Hampshire, and South Carolina.

Texas sheet cake was also #1 in four states but, somehow, NOT in Texas: Indiana, Iowa, Kansas, and Ohio.

Instead, the most popular dessert in Texas, Oklahoma and Arkansas is pecan pie.

Three other desserts had three states each: Brownies, carrot cake and funnel cake.

Baked Alaska was #1 in just one state:  Alaska.