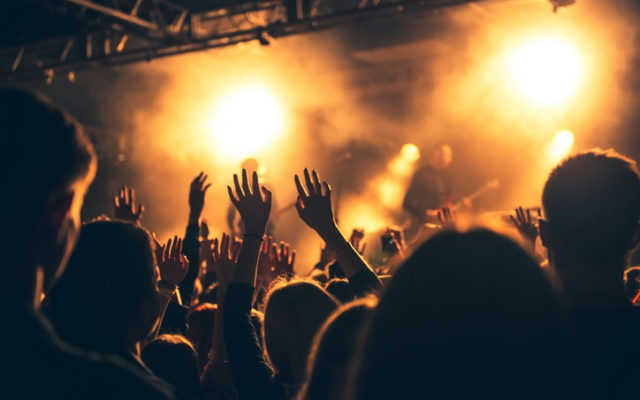 Silhouettes of people in a bright in the pop rock concert in front of the stage. Hands with gesture Horns. That rocks. Party in a club

It was this day in 1952, Cleveland DJ Alan Freed puts on a concert featuring Tiny Grimes, Paul Williams and the Hucklebuckers, the Rocking Highlanders, the Dominoes, Varetta Dillard and Danny Cobb. There were an estimated 20,000 people crowded into a venue that held just a little over half that. As a result there is rioting, vandalism and only one song played— the fire dept shut down the show after the first song by the opening act. Read the whole history of the Moondog Coronation Ball here.