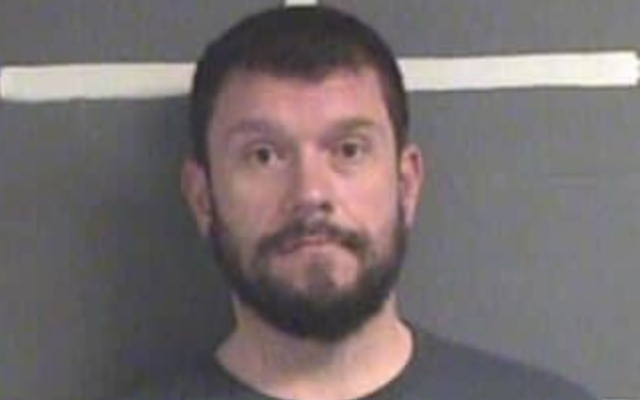 41 year old Jason Collier, the (now, former) Chief of the Stinnett, Texas Police Department, is NOT having a great week. Stinnett, TX is just Northeast of Amarillo.

On Tuesday morning (1/26/21), Jason’s alleged girlfriend/mistress – Cecily Steinmetz – called him out on his cheating ways with this Facebook post.

In the post, she not only accused him of cheating on his wife with her, but also with another woman named “Kristi” at the same time. Cecily also claimed that Jason showed her a copy of marriage annulment document (which she included in the post) to prove he wasn’t married to his wife Opal and stated that he visited her in Amarillo numerous times, when he was supposed to be on duty.

But, it gets worse for poor Jason.

So, to give them time to investigate if he violated City employment policies, on Wednesday (1/27/21) they put Jason on administrative leave.

Then, because of the fake marriage annulment document Jason allegedly texted to Cecily, the Texas Rangers arrested him Thursday (1/28/21) on charges of “tampering with a governmental record/with the intent to defraud or harm.”

At this point in the story, Jason submitted his resignation as Chief of the Stinnett Police Department, effective immediately.

Jason was released from the Hutchinson County Jail with his bond set at $10,000.

I mean, this story is getting so much attention, a guy named Rob Disner even posted an unique ballad on YouTube in his honor.