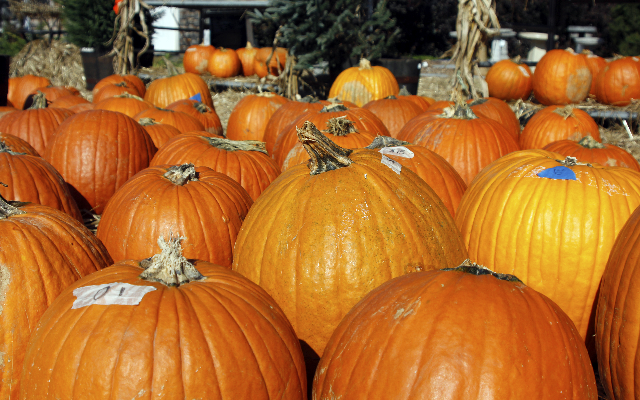 Google recently released a list of the top five PUMPKIN questions we’re asking right now. So, I looked them up & answered them for you to save you some time, ’cause that’s just the kind of guy I am.

Question #1:  “How can I make pumpkins last longer outside?”

Answer: Put them in a dry, shady spot. And don’t carve them until closer to Halloween.

Answer: A lot of grocery stores around the Mad Rock Nation already have them. So do most Lowe’s & Home Depot locations. Or just google, “closest pumpkin patch.”

Answer: Uncarved pumpkins can last two to three months before they start to rot.  (Is it just me, or is “uncut” kind of a weird word to use?)

Answer: So, technically, they are a FRUIT, because they’re the, quote, “edible reproductive body of a seed plant.”  Vegetables are the other parts of a plant that don’t have seeds, like leaves, stems, roots, and flowers. Of course, that being said, most people in the culinary world don’t use that definition. They think of them as vegetables, because pumpkins aren’t sweet like most fruits are.

December 2nd, 2021
View full playlist
Connect With Us Listen To Us On