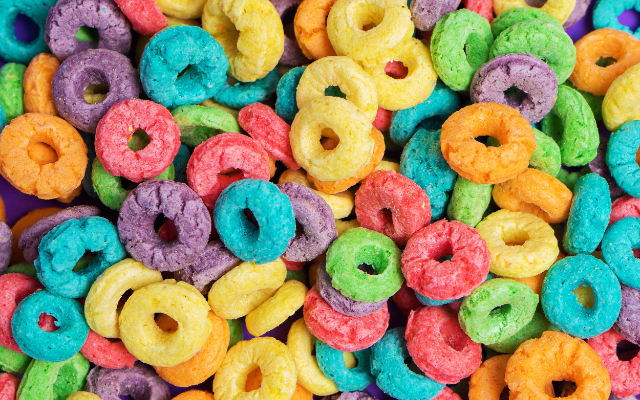 If you had a bowl of cereal for breakfast today, congratulations! You were being festive and didn’t even know it – because it’s National Cereal Day!

An online poll recently asked people to name the best cereal to eat WITHOUT milk. Do you have a favorite cereal that you snack on?

Over 150,000 people voted, and CINNAMON TOAST CRUNCH was named the best “dry cereal” to eat without milk.

Honey Nut Cheerios was next, and then Cookie Crisp.  Here are a few more random cereal stats for National Cereal Day:

What’s the best KIND of milk to use? 2% got the most votes, followed by whole milk and soy or almond milk. Only one in nine people think skim milk is best.

Do you pour the cereal in your bowl first, or the milk first? 6% of us go milk-first.

What’s the best fruity cereal? Froot Loops got the most votes. Fruity Pebbles was a close second.

What type of cereal leaves behind the best milk? The three that got the most votes were Cocoa Puffs, Cinnamon Toast Crunch, and Frosted Flakes.