Things to Look Forward to in December 2021 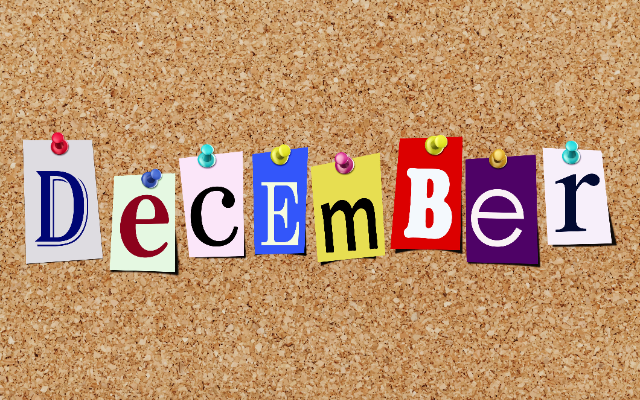 Well, we’ve managed to make it to the LAST Month of 2021! Here are a few things to look forward to this December…

In sports: There’s lots of NFL action this month, and college football’s bowl games start on the 17th.  Also, the MLS Cup final is December 11th.

A TON of big movies are on the way:  Steven Spielberg’s “West Side Story” and “Being the Ricardos” with Nicole Kidman as Lucille Ball both land on the 10th.  And so does Adam McKay’s killer-comet comedy “Don’t Look Up”.  It has a huge ensemble cast, including Leonardo DiCaprio, Jennifer Lawrence, and Meryl Streep. Then later this month:  “Spider-Man: No Way Home” on the 17th . . . and a fourth Matrix movie called “Matrix Resurrections” hits theaters and HBO Max on the 22nd.

On TV:  Lots of holiday specials, starting with the Rockefeller tree-lighting tonight.  Also tonight, “It’s Always Sunny” returns for a 15th season . . . “Annie Live!” airs tomorrow on NBC . . . the new “Sex and the City” revival “And Just Like That” hits HBO Max next Thursday . . . a new “MacGruber” series hits Peacock on the 16th . . . and Jim Gaffigan’s newest stand-up special hits Netflix on the 21st.

January 22nd, 2022
View full playlist
Connect With Us Listen To Us On