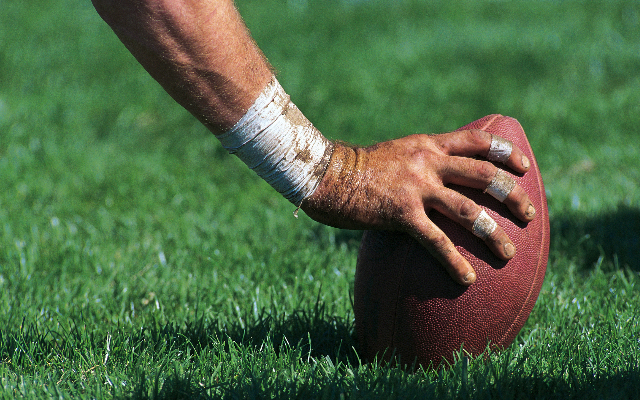 The XFL is coming back again. What is this…like the 3rd or 4th attempt? I can’t keep track anymore.

Yesterday, DWAYNE “THE ROCK” JOHNSON, along with other investors, purchased the XFL for $15 million. The league had declared bankruptcy, so they swooped in and bought it just before it hit the auction block.

The Rock’s business partner says the plan is to launch the league inside a coronavirus-free “bubble” like the NBA and NHL, hopefully, sometime next year.

She also took a shot at Major League Baseball, saying, quote, “It’s been really interesting to see that [in sports], when you create a bubble, your players are safe. When you don’t, it’s chaos.”

The XFL has yet to show proof of concept. It’s failed to last beyond one season, TWICE, in both 2001 and earlier this year.

But if the NFL isn’t able to pull off a bubble, and if the season has to be shut down because of the pandemic, it’s possible that the XFL could pick up some major traction, if it’s even able to get off the ground within the next year.

That’s a lot of IFs, though.

Supposedly, The Rock will be “hands on” — whatever that means.

He said, quote, “The acquisition of the XFL [is] an investment for me that’s rooted deeply in two things, my passion for the game and my desire to always take care of the fans.

“[I] look forward to creating something special for the players, fans and everyone involved for the love of football.”

It’s NOT a done deal yet, though. It must be approved in bankruptcy court, and there’s talk that the XFL’s unsecured creditors are objecting to the sale, because $15 million is not enough to cover all the league’s debt.

For what it’s worth, preparations for the NFL season ARE off to a shaky start.

A lot of players are opting out, Philadelphia Eagles coach Doug Pederson tested positive, players like Matthew Stafford and Gardner Minshew are positive.

Odell Beckham Jr. of the Cleveland Browns told the “Wall Street Journal” that he doesn’t think it makes sense to try to have an NFL season, New England Patriots safety Devin McCourty said it’s “B.S.” the way the NFL is handling COVID-19.

And of course, there’s also the fact that the MLB season has been a mess so far.