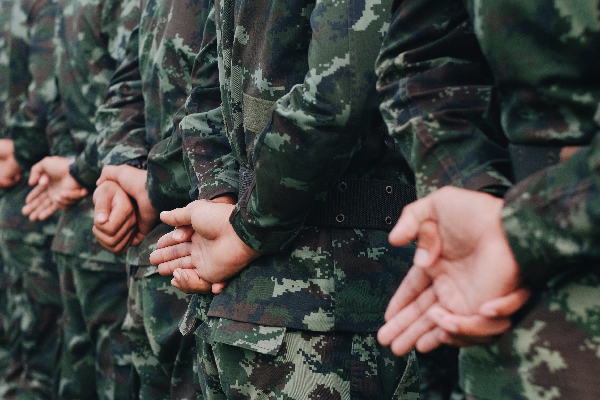 It’s Veterans Day – and I honor EVERYONE who was more courageous and a better person than me & served in our nation’s military.

One of my biggest regrets is that I didn’t serve when I had the chance.

But, honestly, as I look back on the kind of person I was right after High School, I don’t think I would have ever made the cut.

Here are The Top 7 Reasons Big Dave Wouldn’t Have Made It in the Military:

I can’t fit into a tank when I’m already the size of one.

I prefer to wear Hawaiian shirts over camouflage.

I can’t join the Marines, because their motto isn’t “The Few, the Morbidly Obese, the Marines.”

Gunfire makes me tinkle. Oh, and also the fact I actually just used the word “tinkle.”

Finding out that the boot camp’s chow hall doesn’t include an all-you-can-eat buffet.

The “push-ups” they require me to finish aren’t ice cream bars.

My military hero is John Winger — the character Bill Murray played in the movie Stripes.