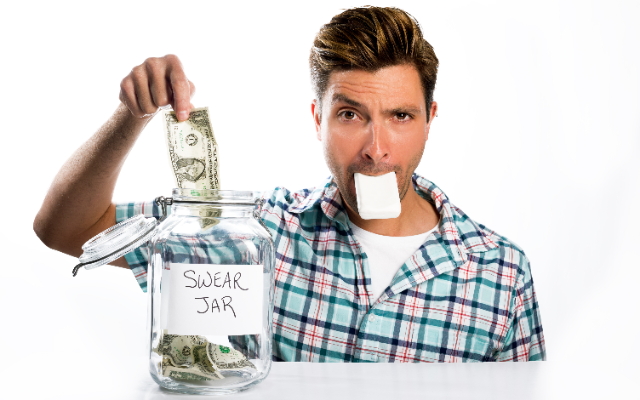 A big study on SWEARING identified the top ten big cities in the United States that swear the most. The national average is 21 cuss words per day!

The ten cities with the biggest potty mouths are:

Two cities tied for the least amount of swearing: Phoenix and Portland, Oregon, at just 14 R-rated words a day.

2.  Work is the top place we WANT to swear but hold back.  In front of strangers and in front of our KIDS also ranked high.

6.  Only 7% of American adults say they never swear.  The rest of us do, at least occasionally.