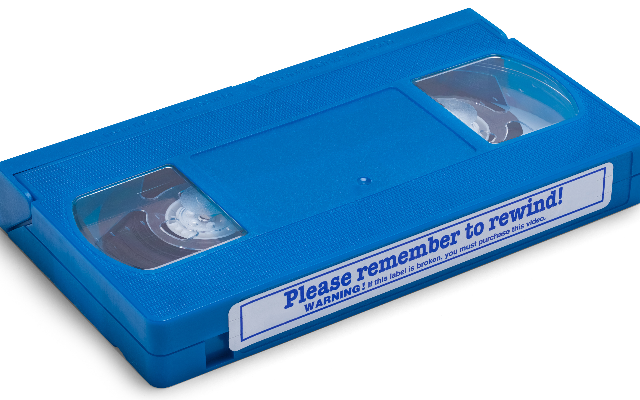 I can’t even imagine what it must be like to find out you’re a WANTED FELON over a technology that basically doesn’t even exist anymore.

There’s a 52-year-old woman named Caron McBride, and she just got married in Texas.

But, when she went to try to change her last name, there was a problem:

She had an outstanding FELONY charge in her hometown of Norman, Oklahoma.

She looked into it, and the felony embezzlement charge comes from 1999, when a VHS tape of “Sabrina the Teenage Witch” was rented under her name from a video store.

But, the VHS tape was never returned to the store.

So, the charges against Caron were filed in March of 2000.

She says she has absolutely NO memory of renting that tape!

Quote, “I had lived with a young man, he had two kids, and I’m thinking he went and got it and didn’t take it back or something. I have never watched that show in my entire life. Just not my cup of tea.”

So, obviously, Caron has no idea where the tape is and, even if she did, it wouldn’t help.

The video store she rented it from went out of business in 2008.

Even so, technically, the county still could’ve decided to prosecute her, but they just announced they’re dropping the charges.

Now she’s going to try to get the charge expunged.

Caron says she’s been let go from a lot of jobs for no reason and this explains it, quote, “Because when they ran my criminal background check, they’re seeing those two words: felony embezzlement.”

Yeah, that could definitely do it.