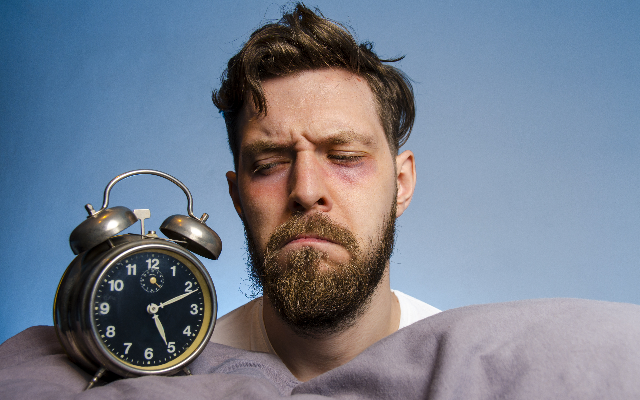 Many of us stay up too late or get a bad night’s sleep. But how many days in a row of horrible sleep does it take before you basically go NUTS?

Researchers at the University of South Florida looked into it, and found things go downhill pretty fast.

2,000 people tracked their sleep for over a week.

Just one night of poor sleep had a huge effect on their mental and physical well being. “Poor sleep” means less than six hours a night.

Things got worse if they didn’t sleep well for two nights in a row and EVEN worse after three nights.

But then it leveled off for a few days.

After night three, our bodies start to adapt to less sleep. So getting four or five nights of bad sleep in a row doesn’t make us feel that much worse than three.

But then things change again.

People really hit a wall after SIX nights of poor sleep in a row. That’s when they said they felt their worst physically. Some even described it as “soul-crushing” if they got 6 or more bad nights of sleep.

In other words, some us can deal with three, four, or even five restless nights.

But that’s pretty much the limit.

Even after one bad night of sleep, people were more likely to feel lonely, angry, nervous, frustrated, and irritable.