Some of the Craziest Rock Star Injuries of All Time 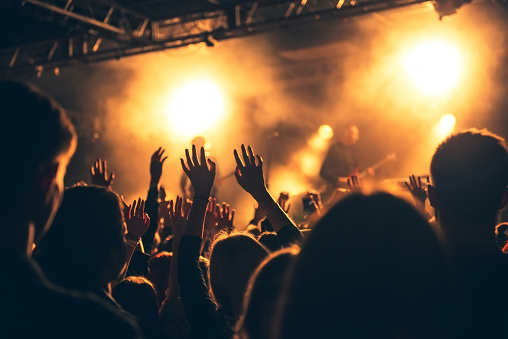 silhouettes of concert crowd in front of bright stage lights

Kerrang! Magazine has a list of nine of the most crazy rock star injuries of all time and there are some doozies.
One of those moments includes Metallica’s James Hetfield being burnt by a blast of pyrotechnic at a show that led to the band (and Guns ‘Roses) leaving early.
There’s also that time Alice Cooper actually hanged himself while just pretending to hang himself.
And, of course, no rock star injury list would be complete without Foo Fighters’ Dave Grohl falling off stage, breaking his leg, and still finishing the show.
Check out the whole list of rock star injuries at Kerrang.com