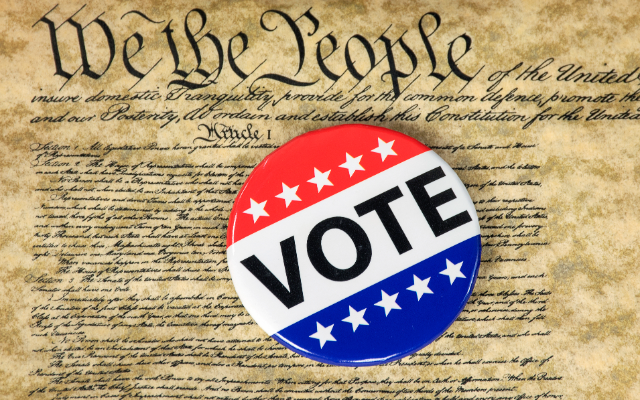 It’s Election Day, so please get out and vote at some point today, if you haven’t already!

Polls are open in both Texas & Oklahoma from 7am-7pm today.

A lot of people voted early again to avoid standing in line.

So here’s the same question asked every Election Day: Should it finally be a federal holiday to make voting easier?

A new poll asked thousands of Americans, and 66% said YES, Election Day should be a holiday.

If you don’t get the full day off, should you at least get an hour or two of PAID time to go vote?

Almost as many people support that idea – 65% said yes.

And finally, which day of the week would be BEST for Election Day?

It’s always on a Tuesday, but would another day be better?

According to the poll, no, we think Tuesday’s fine.

If it had to be another day, the top choice would be a Saturday, 13%.

Sunday and Monday are next at 7% each and Thursday is last with 4% of the vote.