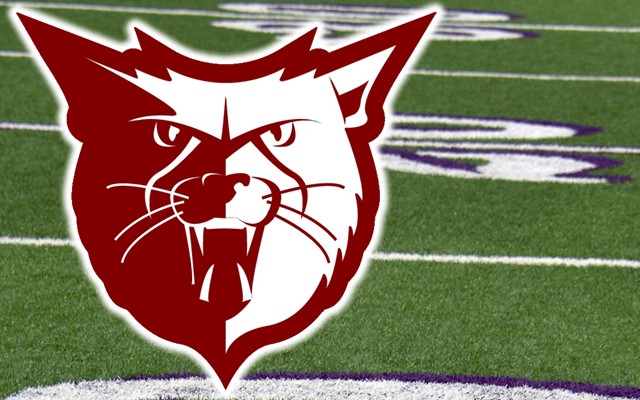 Mad Rock 102.5 is your official Radio home for Sherman Bearcats Football Games! Tune in to Mad Rock as Jay Lindly, Chad Rolen, and Rob Johnson – the Mad Rock Bearcats Football Broadcast Crew – bring you all the LIVE play-by-play action for the 2022 Season.

There are a bunch of ways to listen to our LIVE coverage of the games – on your radio, on our website stream (play button is at the very top of this page ^^^), on the iHeart Radio app, on the Audacy app, on the TuneIn app, on the official Sherman ISD Athletics App or by enabling the Mad Rock 102.5 skill on your Alexa device. We make it easy to listen to the games!

Sherman Bearcats Football Games on Mad Rock 102.5 are brought to you by:

Here’s a schedule of our game coverage for the 2022 Sherman Bearcats Varsity Football season:

Jay Lindly, Play By Play
Jay is entering his 15th year as the radio voice of the Sherman Bearcats. Originally from Wright City, Ok, he has been in the Texoma area since 1998 and graduated with a bachelor’s degree in Communications with Broadcast Emphasis from Southeastern Oklahoma State in 2003. He oversees all the football broadcasts for Alpha Media North Texas, and has called over twenty state football title games between Oklahoma and Texas, and over forty state basketball title games in Oklahoma. He is also the play by play voice of Southeastern Oklahoma State. The 2022 season marks his 21st year of sports broadcasting.

Chad Rolen, Color Commentator
Chad is a 1986 Sherman High School graduate with a bachelor’s degree in Industrial Technology from the University of Arkansas. Chad played four years for the Hogs and was a starter on two Southwest Conference championship teams. An All Southwest Conference Defensive Tackle, Chad signed as an undrafted free agent with the NY Giants and played one year in the World Football League. He is married to SHS graduate Jennie “Bentley” Rolen and they have three SHS graduate children and two grandchildren that attend school in Denison, for now. His real job is as a construction superintendent, he also officiates high school baseball and sub varsity football. This is Chad’s 11th year as a color analyst for the Bearcats on Mad Rock 102.5.

Rob Johnson, Sideline Reporter
Rob is originally from Dallas, where he still lives and works in financial services as a registered principal and sales supervisor, having earned numerous college degrees and advanced industry licenses. Rob is father to 5 daughters, yes FIVE DAUGHTERS, that include 2 college graduates(an ER Nurse and a Marketing expert), 2 in college(PT school and child psychology), and the baby who is now a junior in high school. Rob has been following the Bearcats all over the state of Texas, from Texarkana to Wichita Falls, for over a decade. Rob’s famous eavesdropping brings the insider details, and hopefully a little humor, to the Sherman Bearcat faithful on Mad Rock 102.5.

Matt, Stats
Matt, a native of Dewey, Okla., first arrived the Texoma area in 2001 and in 2004 received a bachelor’s degree in communication from Southeastern Oklahoma State before moving on to attain a master’s in sport administration from Wichita State in 2007. As a student at Southeastern he waded into the field of sports information and would jump headlong in beginning in 2004 with his first stop at WSU, before making stops at Angelo State and the University of Tulsa. He returned to the Texoma area in 2007 as the Sports Information Director at SE and will be entering his 16th season covering Savage Storm sports. Matt married his wife Melanie in 2018, and the pair have a daughter, McKenna, and a son, Jaylon. This is Matt’s 15th year handling stats for the Bearcats on Mad Rock 102.5.