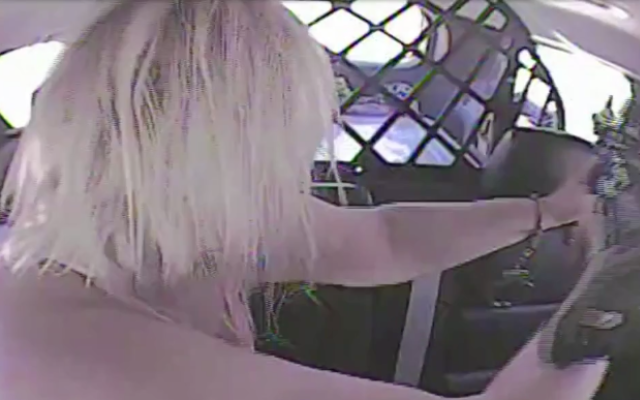 The cops say they didn’t actually plan on arresting her, she was just temporarily being held in the police cruiser. She was handcuffed and placed in the back of a cop car.

The cops were out of the car assessing the situation, when Rachel somehow broke free of the handcuffs, reached through the partition in the cop car, saw a box that had “gun” written on it, opened the box by using a special switch, pulled out the cops’ AR-15 that was inside and then started FIRING ROUNDS OUT THE WINDOW!

She hit a cop and a civilian.

Both have been treated and released and are okay.

Rachel barricaded herself in the car for more than four hours before she was finally arrested.

She was charged with three felony counts of shooting with intent to kill.

She also tested positive for meth.