Now we have to deal with “Murder Hornets” in the United States?!?! 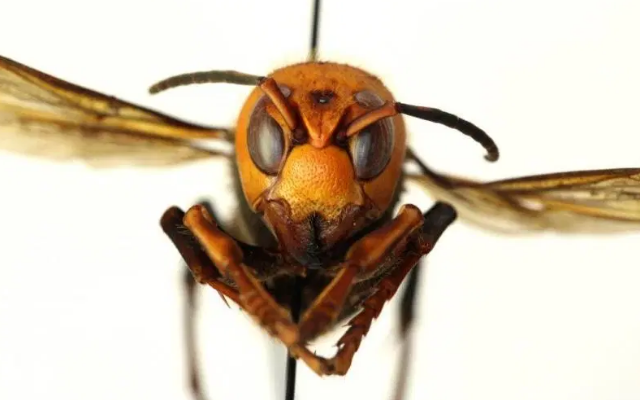 This is JUST what we needed right now…

Insects called “MURDER HORNETS” have made their way to the U.S. for the first time ever.  Yup – freaking MURDER HORNETS!

These Asian hornets are up to two inches long and a bee expert at Washington State University says they are, quote, “like something out of a monster cartoon.” Wonderful…

The murder hornets kill up to 50 people a year in Japan and their stingers are so long and powerful that they can actually penetrate beekeeping suits. A little bit of good news is they don’t usually attack people, but, when they do, it’s NOT pretty.

They’re also a huge predator to honey bees and just a few of these hornets can completely destroy a typical bee hive in just a few hours. Honey bees are already in a lot of trouble, so this is a new predator they REALLY don’t need to deal with.

So far, four sightings of murder hornets have occurred in Washington state and in British Columbia, Canada. There’s no word on how the hornets got here but experts are working hard trying to trap them to keep them from spreading.