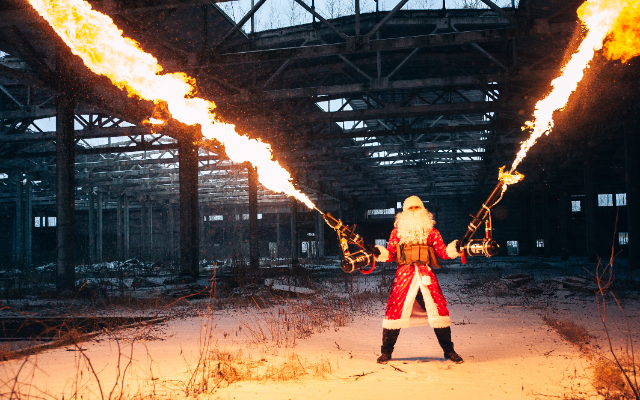 We’ve already seen plenty of stories the last few weeks where a parking dispute ended with someone pulling a gun.  (There was one in Corpus Christi, Texas last week.)

But this guy took things to a different level!

57-year-old Andre Abrams was at his house in Gainesville, Florida last Tuesday. He and his neighbors have had multiple arguments about parking, and he was upset again.

So this time, he walked out of his home with a FLAMETHROWER, and started spraying it in the direction of their car while people were sitting in it.

The flamethrower he owns is called an XM-42 Lite, and it can shoot flames more than 20 feet. (Here’s a video of one.)

Three KIDS were in the car when he did it. We don’t know how old they are, but they’re all juveniles.

Luckily, no one was hurt.

The flames never actually hit the car, but witnesses said they got within about five feet of it. So it was pretty scary.

Andre admitted to it, but claimed no one was in any danger. He said if he wanted to burn the car, he would have.