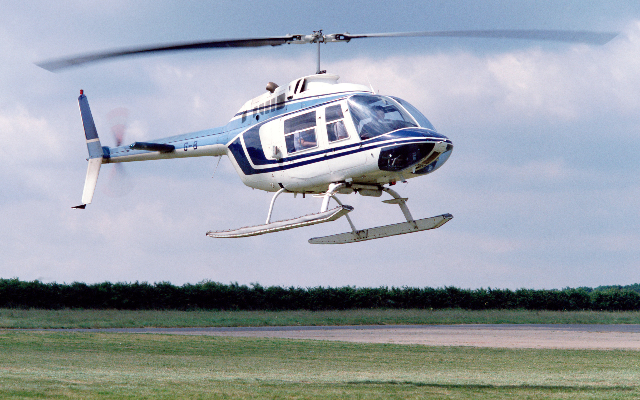 If you watch enough action movies, it’s definitely possible to start thinking YOU can pull off some insane stunts. Spoiler alert:  You cannot.

There’s a 24-year-old guy named Mike Gielen in Brussels, Belgium. And on Friday, he came up with a plan to break his 27-year-old wife Kristel Appelt out of PRISON, where she was locked up on suspicion of murdering her ex-boyfriend.

So Mike booked a helicopter tour, then threatened the pilot with a fake gun and made him fly to the prison. Mike’s plan was to land in the yard, have Kristel hop aboard, and then fly away to freedom.

But it didn’t go down like that. First, Mike wasn’t ready for the motion sickness you can get during a helicopter ride, and he started throwing up out of the helicopter door. Second, the pilot didn’t have room to land in the prison yard.

And finally, Mike booked the helicopter tour under his real name, so he was arrested within 24 hours when the cops found him at his father’s house.

He’s facing several charges, including theft with violence, participation in a criminal organization, and attempted escape.

(Here’s a photo of Mike and Kristel.)