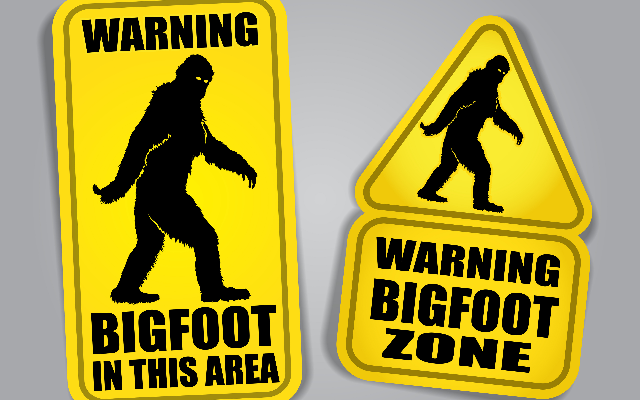 Forget about whether it’s Duck Season or Wabbit Season!

Sadly, the Oklahoma Wildlife Conservation Commission isn’t hot on the idea, though.

A spokesperson said, quote, “Here at the department, we use science to make management decisions, and we do not recognize Bigfoot as a wildlife species.”

If the bill somehow manages to be passed, it would take effect on November 1st.

Humphrey represents District 19, which includes parts of Bryan County, Atoka County, Choctaw County & Pushmataha County in Southeastern Oklahoma. Which, interestingly, IS an area that is known for reported Bigfoot sightings. The town of Hanobia even hosts the annual Hanobia Bigfoot Festival.

I mean, is there a BETTER way to celebrate Bigfoot than to kill him?

Personally, I think this just seems like a great way for a bunch of really hairy dudes in the Mad Rock Nation to get shot.