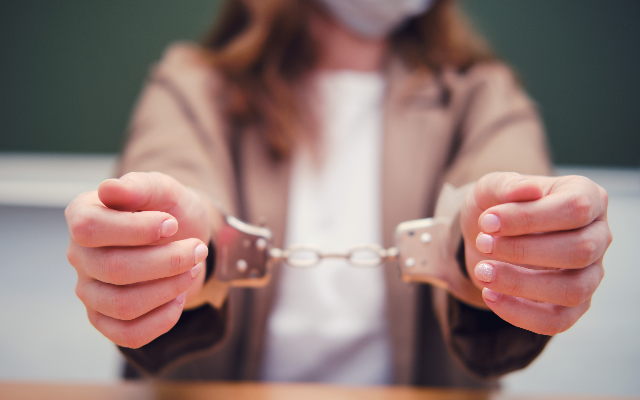 I’ve always questioned how Kindergarten teachers manage to have so much energy. Guess this is one way to do it, just not a good way.

I mean, I don’t about you Mad Rock Nation, but I certainly wouldn’t be able to teach kindergarten.

There’s just no way I could muster the amount of physical & mental energy it takes.

She was arrested last week, after a security officer at her elementary school found out Cybil was getting through the days with COCAINE.

The officer found cocaine in Cybil’s desk, while her kids were at recess, and she was arrested and charged with felony drug possession.

Interestingly, some reporters interviewed a parent of one of her students who was REALLY forgiving about what happened.

Quote, “I let [my daughter] know that sometimes adults make mistakes and just like children, there are consequences . . . she will get the help that she needs.  She was a great teacher.  My daughter enjoyed having her so much.”