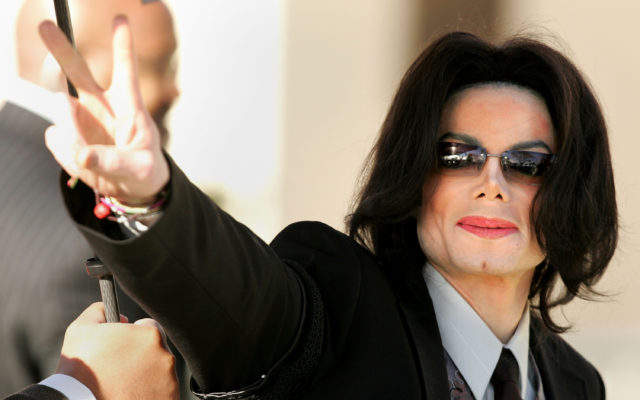 SANTA MARIA, CA - MARCH 7: Singer Michael Jackson walks into the Santa Maria Superior Court on the fifth day of his child molestation trial March 7, 2005 in Santa Maria, California. Jackson is charged in a 10-count indictment with molesting a boy, plying him with liquor and conspiring to commit child abduction, false imprisonment and extortion. He has pleaded innocent. (Photo by Carlo Allegri/Getty Images)

Kathleen Roberts, a Medium, states that she is being possessed by the late King of Pop, Michael Jackson.
Roberts admits that her and Jackson’s ghost have been married for several years and that “he doesn’t seem interested in consummating their marriage”.
The Medium added, “He stays possessed in me (relaxed not channeling and just enjoying living through me and communicating with me as a husband). So he likes to eat in me. He loves cookies. He cusses a lot more to I’d expect him to as a former fan”.