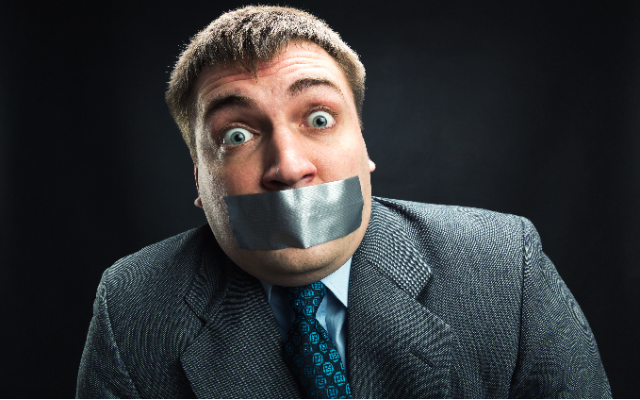 The things you say at work could be sabotaging your career. And no, we’re not just talking about the time you accidentally called your boss, “Mom.”

A public speaking expert named John Bowe just shared these four words and phrases that might make people at work think you’re IMMATURE, which could have a legit negative effect on your career. Check ’em out:

1.  Filler words.  When you are always saying “um,” “ahh,” like,” “you know,” and other filler words, it can be a problem.  Doing it once in a while is natural . . . but if you’re using them so much people notice the pattern, that’s bad.

2.  Business jargon.  When you use business clichés, it will come off as forced . . . it won’t make you look smart or more professional.  Words like “circle back,” “bandwidth,” and “synergy” will probably backfire on you.

3.  Asides.  If you’re giving a presentation or speaking at a meeting, straying off topic too much comes off unprofessional.  So you should avoid saying thing like, “Sorry, I don’t have the data, I’ve been traveling” or making off-topic jokes.

4.  Hedging words.  You want to seem reasonable and not offend people . . . but when you hedge your opinions with words like “kind of,” “I guess,” “just,” or even “I think,” it shows a lack of confidence and maturity.