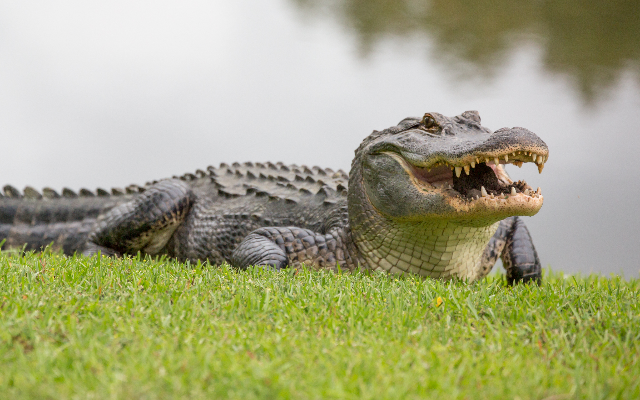 Remember that scene in “Happy Gilmore”, when he fights the alligator?

Well, this might be the closest thing you’ll see to it in real life.

There’s a mini golf course in Daytona Beach, Florida called Congo River that also has alligators you can feed.

Just after 3am yesterday morning, police spotted a man FIGHTING an alligator on the street.

And it turned out he’d stolen it from the golf course.

Police posted a photo of him being handcuffed and, in all honesty, the alligator looks fairly small.

According to the police report, cops saw him swinging it around by its tail and trying to toss it on the roof of a building.

So they arrested him.

When they asked why he was doing it, he said he was trying to teach the alligator a “lesson.”

He also told them he jumped a fence into its enclosure, and had to wrestle the gator for a while.

But it sounds like the alligator is okay and back home now.