A Guy Shot His Son, Because He Wouldn’t Stop Playing Guitar 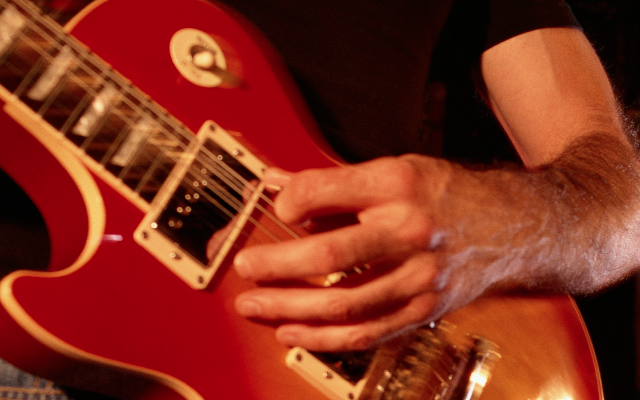 How is this dude’s band supposed to take off if his dad keeps raggin’ on him like this?

A father in Cincinnati got angry at his son over the weekend, because he wouldn’t stop playing guitar.

Fred Hensley Jr. had been jammin’ out for over an hour and refused to stop.

So Fred Sr. lost his temper, grabbed a GUN and threatened to SHOOT him.

Then he actually followed through with it!

He claims he was just trying to shoot the guitar.

So he ended up hitting his son in the side, somewhere in the stomach or ribcage area.

It sounds like the guitar is toast though, because police found a bullet hole in it.

After the shooting, they got into a scuffle.

Fred Sr. ended up with a fat lip and some cuts to his face.

Then he called 911 and told them he accidentally shot his son.

They sent an ambulance and got Fred Jr. to a hospital.

The dad is facing charges for felonious assault and domestic violence.