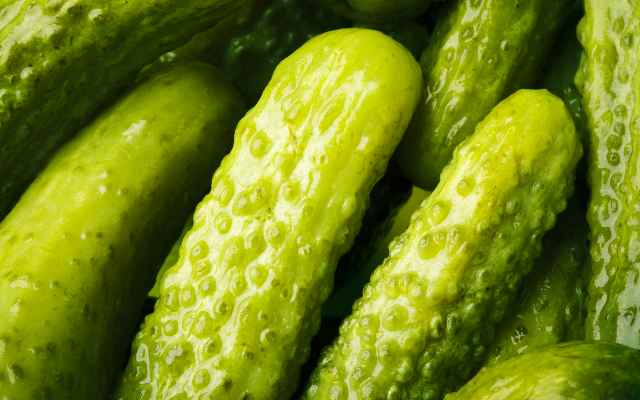 Seriously, who looks at a delicious pickle and sees it as a weapon?

There’s a 34-year-old guy named Christoph Herrmannsdoerfer from Williamstown, Massachusetts. On Tuesday, he was in a friend’s car, driving through Vermont.

Well, apparently he had a, quote, “large pickle.”  That’s not a euphemism. He really just had a big pickle with him for some reason.

And he decided to throw it at a 59-year-old guy from the Vermont Agency of Transportation who was working on the side of the highway.

The large pickle hit the guy in the back and, according to the police report, quote, “caused him pain.”