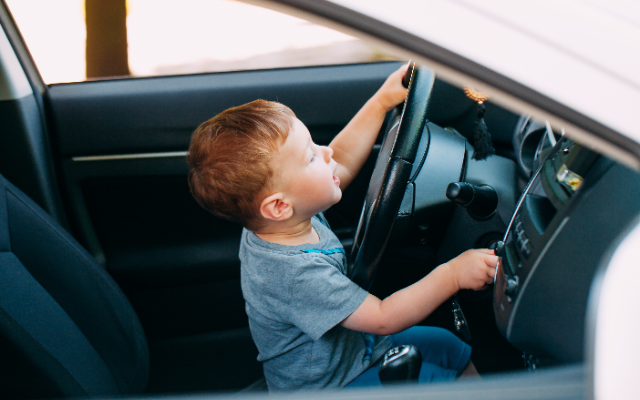 Drunk people are terrible at talking themselves out of trouble.

Cops in northeast Wyoming responded to a domestic dispute last Saturday between a man and a woman.

They haven’t released their names, but the guy is 39 years old & from Oklahoma.

He was already gone when the police got there.

The woman said he drove off in a white Ford pickup truck with Oklahoma plates.

So the cops went looking for him & pulled him over a few miles down the road.

When they stopped him, he got out of his truck along with two passengers.

It turned out his two SONS were with him.

When a cop asked if he’d been drinking, he freely admitted that he had been and tried to claim that his FOUR-YEAR-OLD son was the one who was actually driving!

He said his son was sitting on his lap doing all the steering.

Because of that, he didn’t think it qualified as driving drunk.

Police ran his name and found out he was on probation for a previous DUI.

They arrested him for driving drunk, violating his probation, and for not having a court-ordered interlock device. (That’s one of those alcohol monitors you have to blow into to start your car.)