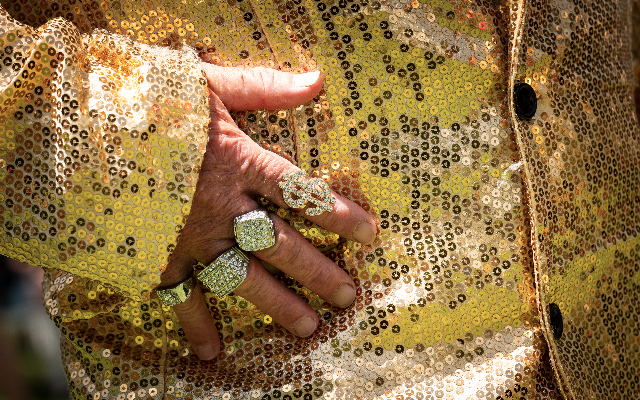 Ranker.com has a list of “weird celebrity facts that are 100% true,” and they did a decent job with it – because most of them are not widely known and ARE fairly weird.

1.  Sex therapist Dr. Ruth is a trained sniper. She was a sniper in the Israeli army during the early formation of the state. Apparently, she was an excellent shot.

2.  “Inside the Actor’s Studio” host James Lipton used to be a pimp. He managed a bunch of sex workers in Paris in the early ’50s.

3.  Simon Cowell polished Jack Nicholson’s axe on “The Shining”. He had a gig as a runner on the set and he buffed the axe for the “Here’s Johnny” scene.

4.  When Christopher Walken was 16, he worked as an assistant lion tamer at a circus. He’s said his favorite lion was Sheba, and she was “very sweet.”

5.  Martin Luther King, Jr. was a huge “Star Trek” fan and he loved Nichelle Nichols’ role as Lt. Uhura. In 1966, she wanted to quit the show to pursue a career on Broadway, but MLK convinced her to stay on it.

6.  Elvis Presley was actually a natural blond. He admitted to coloring his hair with black shoe polish in his early days to get his signature look.

7.  Steve Buscemi used to be a firefighter. He worked in New York City’s “Little Italy” for four years beginning in 1980. During 9/11, he got back into his gear and assisted the FDNY on the ground.

(Hit up Ranker.com for more.)