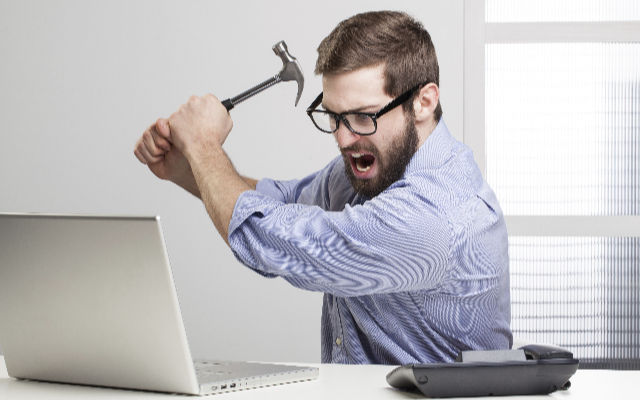 This is why so many people probably still use the password 1-2-3-4-5 on all their online accounts.

It plays out just like we saw in Mel Brooks’ cult movie SPACEBALLS!

Stupid, yes. But using passwords like that save us a lot of time & frustration.

I mean, who hasn’t screamed & yelled at their computer because you can’t remember or find a password?!?!

So, according to a new poll, here are 7 Reasons We Hate Passwords: