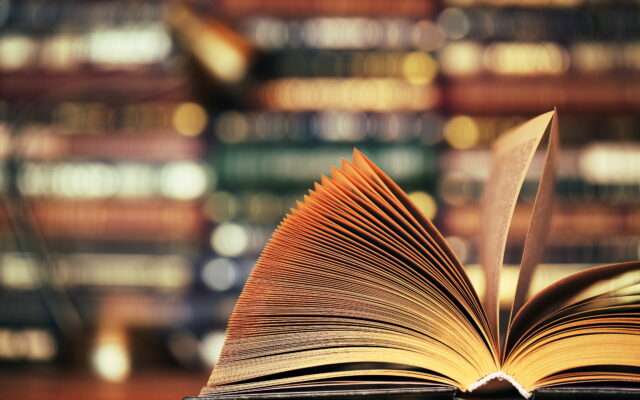 Disclosed book on a table. Close-up.